An east London trust’s revolutionary home rehabilitation service is a winner with patients. But not everyone is happy about the possible loss of community beds, as Gill Hitchcock discovered. 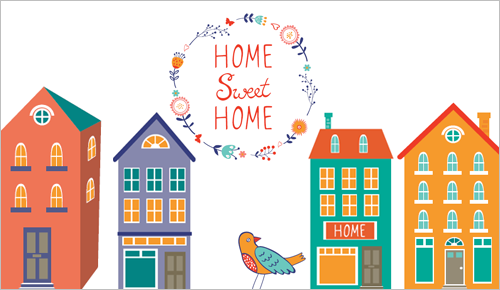 It’s a game changer, says Gagan Singh Bhogal. The community physiotherapist is enthusing about the new way North East London NHS Trust’s intensive rehabilitation service (IRS) is delivering intermediate care across four boroughs.
Could it be a case of, he would say that wouldn’t he? After all he – along with 14 other physios, plus occupational therapists, social workers, nurses and rehabilitation assistants – is a member of service’s complement of 55 staff. But when Frontline meets Mr Bhogal at the home of one of his patients, it becomes clear he is on to something significant.
The IRS is one of two seven-day intermediate services designed by the trust to support people at home instead of hospital. In a crisis, a community treatment team of physios, doctors and other health professionals steps in. The IRS provides rapid but longer-term support, mainly to people aged 65 and over.
Mr Bhogal explains that people in Barking, Dagenham, Havering and Redbridge can have visits from members of the IRS team up to four times daily from 8am to 8pm. The cut off is typically after 21 days. And he believes physiotherapy can be more effective when it is delivered in a patient’s home.
His 82-year old patient Stanley Dorbin agrees. Last December Mr Dorbin was discharged from hospital after emergency treatment for a fall at his Redbridge home of the past 53 years. The subsequent therapy he had been promised failed to materialise.
‘It turned out that the physio at the time was taken ill, but nobody bothered to tell me. The system at the hospital wasn’t very good, to put it mildly,’ he says. ‘I didn’t know anything about the IRS at that stage. But then Gagan came and the whole atmosphere changed. He’s been a breath of fresh air.’
Mr Bhogal describes what happened: ‘When I came to Stan we did an assessment and continued a rehab process and slowly introduced lying and sitting exercises, standing exercises and walking. I saw him every day for 21 days. Actually, I think Stan missed one Saturday because he wanted to see the football.’
During that time Mr Dorbin and his physio were able to develop his ability to perform everyday functions and to improve his strength and confidence so he could go outside again. Three months later, Mr Dorbin is able to leave his home with a walking aid.

He is pleased that the rehab assistants were invariably well prepared. Mr Bhogal explains: ‘We always hand on written and verbal information to other therapists so that everyone knows what’s going on. The case is always discussed at weekly meetings as a group as well. And I think, Stan, you felt more comfortable that someone coming in already knew your background.’
How was Mr Dorbin referred to the IRS? ‘We initially got the referral from the occupational therapist in A&E,’ says Mr Bhogal. ‘The service was quite new at the time and not many people in borough knew about it.’
People are referred to the service via other routes too, including GPs, social workers, self-referral and the community treatment team. Anne Motley, the trust’s community hospitals and intensive rehabilitation manager, says referrals are triaged by health professionals who use an evidence-based tool to help assess the case over the phone and determine the most effective pathway.
Debbie Feetham is a physiotherapist who manages the IRS team. She says: ‘I think one of the biggest benefits is the responsiveness we are able to give because we don’t hold a waiting list. If referrals come in from an acute bed or one of our own rehab beds, we pick them up within 48 hours. If there’s a referral from the community, someone who’s in crisis, that is where we make the decision of either into a bed or into IRS. And if it’s into IRS, we’ll see them within 48 hours.’
The IRS began as a pilot in November 2013. The idea was to get away from what local clinical commissioning groups (CCGs) describe as ‘old fashioned’ hospital-based care which does not take people’s individual needs into account. Eighteen months later it is still going.
Stanley Dorbin is not the only fan of the service. Feedback from patients to Barking and Dagenham, Havering and Redbridge CCGs shows high satisfaction rates, with 98 per cent indicating that they were likely or extremely likely to recommend the IRS. Data also show the IRS has contributed to a cut in average recovery times from 29 to 19 days. Re-admission rates to acute and community beds have fallen from 23 to 16 per cent.
‘I’ve been blown away by the sheer impact this major service re-design has had on the local population,’ says CSP professional adviser Ruth ten Hove. ‘The new services are built around the needs of individuals, patients and have shown huge progress in both effectiveness and productivity.
‘As well as being innovative and visionary, this is properly resourced early intervention and intensive community-based rehabilitation. It’s not a cheap option for care, but it is high-quality care delivered in a more sustainable way.’

That sustainability requires the closure of two community hospitals, however. The three CCGs agreed that Grays Court in Dagenham and the Galleon unit in Wanstead should shut, with the remaining rehab beds moved to a single site at King George’s Hospital in Goodmayes, Redbridge.
This seems to make sense as 50 per cent of patients who would previously have been admitted to community hospitals are now being rehabilitated at home.
But the local community is up in arms about losing its community hospitals. In March Redbridge council’s health scrutiny committee wrote to health secretary Jeremy Hunt asking him to refer the matter to the Independent Reconfiguration Panel. The same month the Romford Recorder reported that the future of the IRS was in doubt.
Anne Motley thinks much of the opposition is down to a lack of understanding about the new model of care and its benefits. ‘Traditionally if people have been unwell, it’s been suitcase, then off to hospital for six to 10 weeks. I think the general public have that model and a lot of television programmes, such as Casualty, support it too.’
She is, nonetheless, confident about the future of the service and says it fits in with both health policy and the needs of patients who would rather have care provided at home. According to the CCGs, the costs of the IRS are similar to inpatient care, but the standard of care and outcomes for patients are better. And although the future of the community hospitals is yet to be decided, Mr Hunt did not make the requested referral.
The challenges facing the physiotherapists appear easier to overcome. IRS physiotherapist Rebecca Markwell says it is a matter of adjusting to new ways of working. ‘It is more challenging. You don’t have the equipment. So you have to think outside the box, you have to think about different treatment techniques. But that comes with experience.’
Mr Dorbin says the care he received from the IRS may well have stopped him from dipping into depression.
Asked to summarise his treatment and he could hardly be more complimentary. ‘Brilliant,’ he replies. fl