Help@Hand - how the CSP supports members outside the NHS 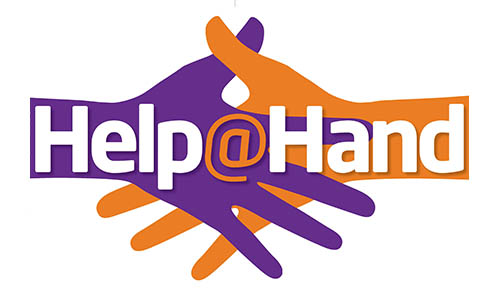 With most of its working members employed in the NHS, it’s all too easy for members in other workplaces to feel they are in some way ‘missing out’ from the services the society has to offer.

But that, says Claire Sullivan, CSP assistant director, is far from the case.

‘We have members working in a wide range of settings,’ she says.

‘They could be in independent hospitals, working for a sports team, on contract to a large industry, or be employed by a small private physio practice. We even have several hundred members working at the Ministry of Defence.

‘The CSP provides support and advice to them, just as it does to those in the NHS. The only difference is that, unlike members employed in the NHS, many of those working outside the NHS are not protected by the Agenda for Change agreement for their terms and conditions. But they are still covered by employment law.’

In one recent case, a number of CSP members, employed by a private physio company, faced a complaint from a patient about their service.

The case was dropped.

He says all members are entitled to advice and practitioners who are not in the NHS should be aware that professional support and representation is only ever a phone call or email away.

‘Just because you’re not working in the NHS doesn’t mean you can’t access CSP services – and that includes the services of people like me who are there to help.’

Like other SNOs based across the UK, Mr Taylor is committed to supporting members from all sectors. He has previously helped members at rugby and football clubs, private practices and large social enterprises.

He and his colleagues represent members in disciplinary proceedings; negotiate over employment terms and conditions; work on settlement agreements; provide advice on contracts; and support members through hearings and investigations conducted by the HCPC.

He has an extensive knowledge of the field, having studied employment law at masters level, and frequently sits on employment tribunals as a lay member.

‘When people start jobs they often ask us to look over their contracts. We can point out any major issues or unreasonable proposals and make sure it’s all legal,’ he says.

‘And when people leave jobs they sometimes need advice because of clauses like restrictive covenants, where employers try to stop someone from working or setting up their own business within so many miles.’

This is what happened to physiotherapist David Wells (not his real name), who contacted the CSP last year because he was concerned about a restrictive covenant in his contract.

After graduating he had been unable to find NHS work and had begun working in a private practice. His contract stated that if he left the position he was not allowed to work within 10 miles of the practice.

This presented a dilemma when he was offered a new job at a rival company located within this distance.

He was unsure about the legality of the restrictive covenant and didn’t know if he could accept the new role.

The SNO for his region explained the relevant parts of contract law and told him the onus was on the employer to show that the restriction was reasonable.

As a result Mr Wells was able to make an informed decision about whether to take the job or not.

Patricia McNally, has been the SNO in Scotland for 11 years and was previously a workplace and regional steward. During her career at the CSP she has negotiated on behalf of a range of practitioners working outside the NHS.

‘In the past I’ve represented members working for Premiership football clubs and a number of private hospitals where members were facing questions about their capability or bullying issues,’ she says.

‘These things don’t just happen in the NHS, they happen across every sector.’

Mrs McNally is currently involved with physiotherapy staff working for Capability Scotland, a charity that provides education, employment and care services for disabled children and adults across Scotland.

The organisation employs a number of CSP members who work in special schools, providing rehabilitation for disabled children.

Mrs McNally has regular meetings with the charity’s management and has helped to usher in Agenda for Change terms and conditions for the physio staff. She is also involved in ongoing negotiations about issues such as sickness absence payments.

‘It’s all about supporting our members,’ says Mrs McNally.

‘They are going through an allied health professions’ review at the moment and a restructure. And their salaries have fallen behind, so we are now in negotiations to get their salaries up to 2014 levels.’

As well as providing employment support to practitioners outside the NHS, the CSP is also able to answer queries from members on a variety of subjects, through its professional advice service.

‘We frequently answer questions about home visits, the implications of setting up your own business, working in a private practice as a new graduates and conducting exercise classes.

We also deal with scope of practice queries and questions about mandatory training, such as resuscitation or first aid courses.’

Valuable information is also available on iCSP, the society’s member networking website, the weekly e-bulletin and a selection of guidance papers on the CSP website, says Ms Sedgley.

The online documents include the quality assurance standards for physiotherapy service delivery, which were published in 2013.

The standards were developed with influence from both the private and independent sector and are designed to provide a method for quality assuring physiotherapy services.

‘And the majority of these resources are designed to be applicable to all members, whether working in or outside the NHS.’ fl

Support is available from the CSP

The CSP’s employment relations and union services team can help members by giving advice on any workplace-related problem.