The idea of building healthier places for people to live in is winning support from physios, as Daniel Allen discovers 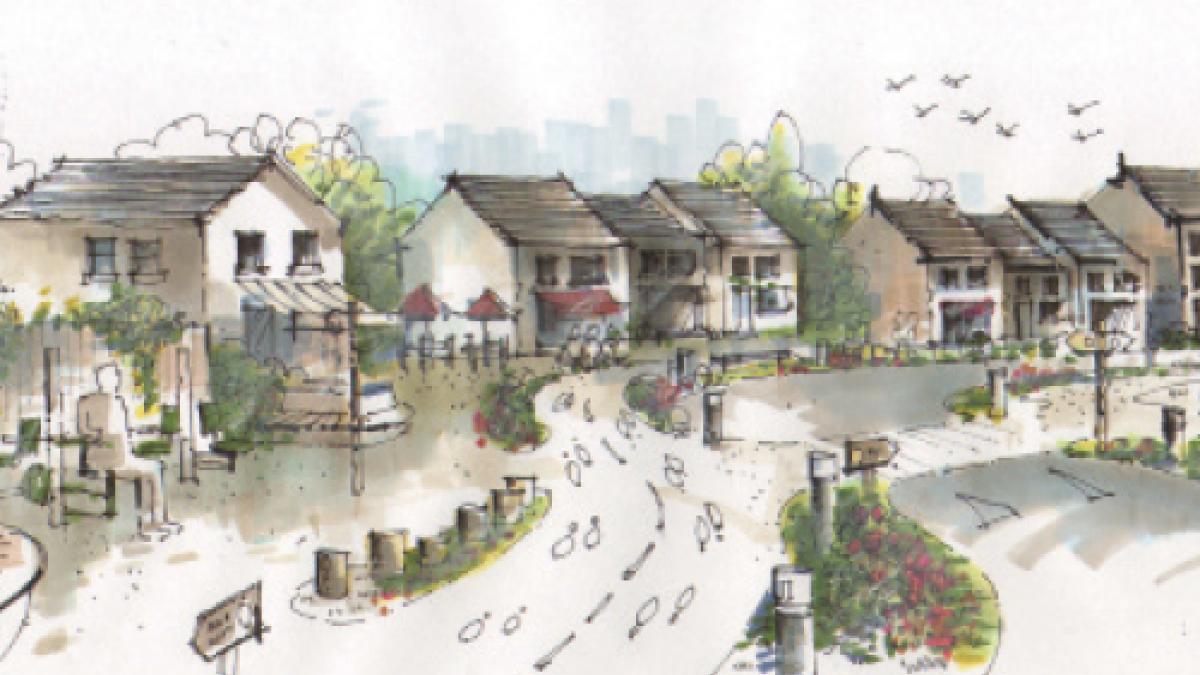 It sounds simple: smooth pavements and low kerbs; add a bench here and there, and clean, accessible public loos. The reality may be a little more complicated – but surely not massively so. If we want to encourage people to be more active into old age, there are dozens of quick fixes that could make a difference.
But factor in slashed local authority budgets, competing priorities for limited funds and the slow churn of bureaucracy and somehow quick fixes seem slow to materialise.
There is, however, a growing worldwide impetus to consider design issues as an integral part of attempts to keep us all healthy as we age. The World Health Organization (WHO) says making cities and communities ‘age-friendly’ is one of the most effective local policy responses to demographic ageing. The WHO Age-Friendly Environments Programme is an international effort to address factors such as transport, housing and civic participation that can contribute to active and healthy old age.
Exemplifying this global drive towards healthier communities, in March NHS England named the sites that will make up its Healthy New Towns programme, intended to show what’s possible when health and care services contribute to the design of the built environment.
Announcing the 10 sites, the body’s chief executive Simon Stevens said: ‘We want to see neighbourhoods and adaptable home designs that make it easier for older people to continue to live independently wherever possible.’
But what role is there for physiotherapy in this push to ensure the places we live support citizens in living healthily? Can physios contribute positively to these wider design and environmental issues or are their skills and experience better directed at keeping individuals on their feet?

Physiotherapist Christine McArthur is NHS Highland’s co-ordinator for the prevention and management of falls, and part of her role focuses on healthy ageing – encouraging people into physical activity, especially those who are more sedentary. But her PhD thesis explored community involvement in healthcare, and in falls prevention in particular. Her research demonstrates how, rather than fighting for change on their own, when physios act as facilitators of community partnerships, improvements follow.
As all physios know, falls can change lives. Leaving aside any physical injury, they can shatter confidence and render a previously active individual nervous, isolated and inactive, thereby opening the door to a host of potential problems.
Dr McArthur’s approach, suggested by community members, was to involve young people. ‘They came from schools and community groups and they went out and surveyed where pavements were bad, night-time lighting was poor, where there were no benches for people to sit on,’ she explains.
An older man with breathing problems explained to the youths how hard it was for him to walk to his health centre. Seats along the way had been vandalised so he had nowhere to stop and catch his breath.
‘So the young people did the walk with him and realised the difficulties,’ says Dr McArthur. ‘And that also helps tackle issues like vandalism. You’re creating that sense of community ownership and problem-solving.’
But the scheme went further. The children then attended a planning meeting of the local council and presented a video they had made that included an interview with a woman who had tripped on a pothole and broken her hip. ‘Those personal stories make such a difference,’ Dr McArthur says. ‘The film clip was so powerful. You could really see the impact it had on the people making decisions about whether the road gets fixed.’
This intergenerational dialogue really can bring results, she argues. ‘Once people get together and have those conversations, it does change the dynamic. Doing these things with people who are at school or in youth groups makes them think about things from the older person’s perspective. But you do have to facilitate that to make it happen. It needs someone to be pushing forward all the time.’

Louise McGregor, chairs Agile, the CSP professional network for therapists working with older people. She believes the Healthy New Towns initiative offers physios a valuable opportunity work in partnership, especially with sites included in the scheme that are likely to see an increase in care homes and sheltered accommodation.
She says: ‘It’s important to collaborate with local boroughs as well as occupational therapy colleagues to aid appropriate design of supported housing and care homes – steps and stairs, for example.’
And she agrees that well-designed outdoor spaces clearly enhance the long-term health of those who use them regularly. ‘It’s essential for older people to have access to safe, open spaces with seated rest places and toilets so they can feel more confident when getting out and about. Safe road crossings for those with sensory impairment and slower walking speeds are also vital.’
Her point about road crossings is picked up in a practice briefing published recently by the Housing Learning and Improvement Network, a knowledge hub for housing, health and social care professionals.
Commissioned by Public Health England, the briefing, Active Ageing and the Built Environment, pulls together good and emerging practice that contributes to healthy ageing. It refers to copious research findings showing how the built environment can improve or conspire against the safety and wellbeing of older people. For example, the risk of a fatality when crossing the road increases rapidly from the age of 60, and very rapidly from the age of 70. And more than half of older people in a 2007 Help the Aged survey said they were deterred from going out as often as they would like because of a paucity of public toilets in their area.
The briefing concludes: ‘The different factors that support or promote activity in older people highlight the need for partnerships to promote active ageing in the built environment across the public, private and community sectors.’ fl

Further evidence of the link between housing and health comes from a boilers-on-prescription scheme running in the north east of England.
The project, a partnership between Sunderland Clinical Commissioning Group and Gentoo, a local housing association, looked at the impact of thermal-efficiency improvements on patients’ health.
GPs in the area have been able to ‘prescribe’ double-glazing, new boilers and insulation for people living in cold, damp homes. Over 18 months, there was a 60 per cent reduction in the number of GP appointments required by patients taking part in the scheme. A&E attendances also fell.