Ian A McMillan meets two physios in the Highland region who raise awareness about keeping older people in their own homes after a fall, wherever possible. 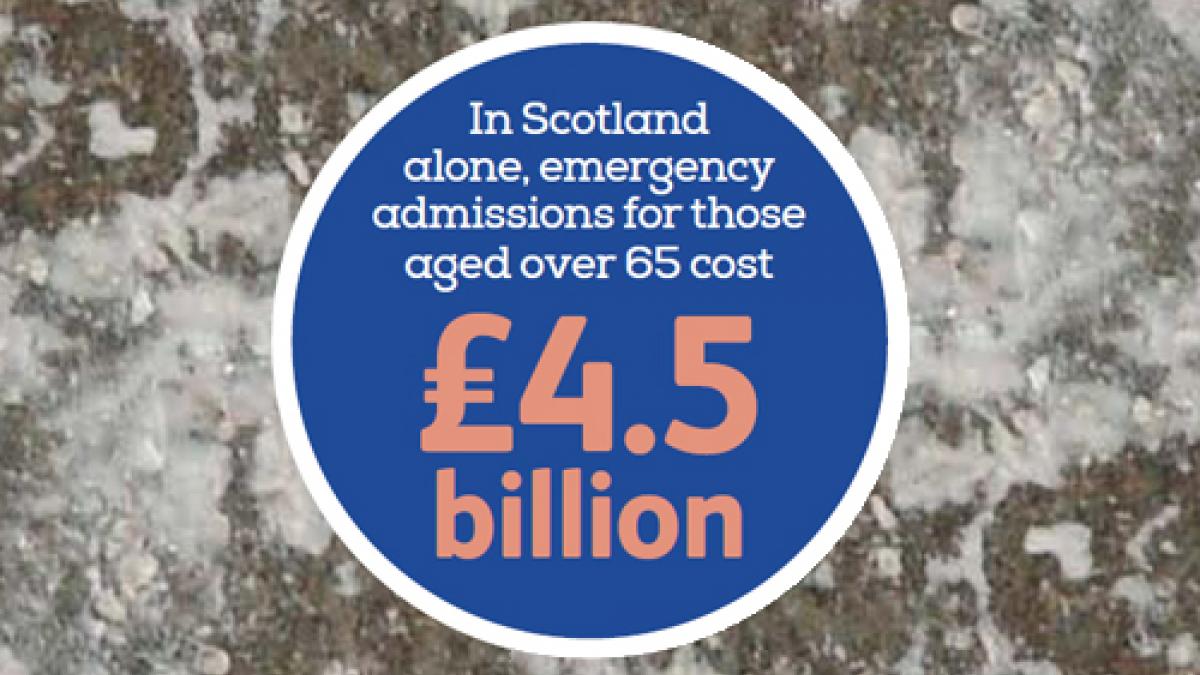 Live long, live well
The cost of admitting older people to NHS hospitals in an unplanned way is daunting. In Scotland alone, emergency admissions for those aged over 65 cost £4.5 billion in 2011-12 – more than the total spent on delivering social care to this population.
Of course, thinking in billions comes more naturally to a health economist or a Treasury mandarin than it does to a typical NHS worker. But if significant reductions can be made in the number of emergency admissions among older people, resources could be freed up to improve provision elsewhere.
Everyone can potentially benefit: older people themselves, the cash-strapped NHS and practitioners alike will all reap the dividends.
That is the message being given by two physios in NHS Highland: Christine McArthur and Lynne Siddiqui. Respectively, they have a remit to co-ordinate the management of falls prevention across the entire health board and to lead on preventing falls in the community in north Highland.

Increase in potential for falls

Much of the Highland region is sparsely populated, and Mrs Siddiqui can spend many hours on the road when visiting far-flung centres of population, such as Wick on the north coast.
Both are based in Inverness, which has the densest concentration of people in the Highland region, which makes up 42 per cent of the land mass of Scotland.
‘During the colder months from October to April, when there is a chance of snow, I always carry a flask, snow-shovel and blanket in the boot of my car,’ says Dr McArthur, who was on a four-month secondment at Raigmoor Hospital, Inverness, when Frontline visited.
Usually based on the Isle of Bute, where her home is, Dr McArthur, who has a PhD, was working on behalf of the Scottish Patient Safety Programme, focusing on reducing rates of falls in inpatient settings.
‘We are getting more older, frailer people coming into hospital now and there is a big increase in their potential to fall,’ says Dr McArthur. ‘Hospital is absolutely the worse place for them. They are in an unfamiliar place and have often got confusion.’

Falls is not a ‘sexy area’ of practice 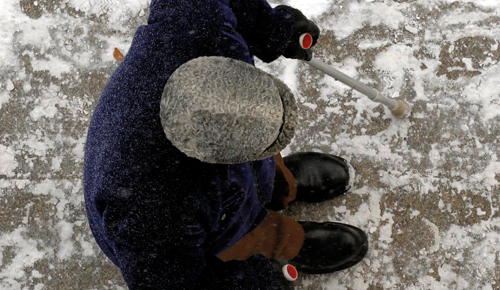 Dr McArthur is training hospital staff using the evidence-based standards of care developed by the Scottish Patient Safety Programme. This looks at topics such as the effects of medication, multidisciplinary assessment and intervention, and the management of delirium (which could be related to having an infection).
‘We are working on three wards at present: an orthopaedic trauma ward, where many of the patients are older people who have had hip fractures; a medical ward; and a ward for people with chronic obstructive pulmonary disease, some of whom are older.’
Dr McArthur was speaking to Frontline in the £24-million Centre for Health Science, which opened in the grounds of Raigmoor Hospital in 2009. Its remit is to ‘promote excellence in health science and biotechnology’.
She had come hotfoot from one of the multidisciplinary ‘safety huddles’ that take place every morning at 8.15 at Raigmoor. About 50 members of staff attend, highlighting how important the issue of patient safety is now viewed.
‘Among other matters such as bed allocation, any patients with cognitive impairment, and who therefore might be at risk of falling, are identified, along with any incidents of falls,’ Dr McArthur explains.
These data are collated and put online by the clinical governance team, which means that emerging patterns can be detected and acted upon.
‘Unfortunately, falls is not a sexy area. If you are working in respiratory care then that is your main focus. Staff are under pressure but we have to show them how important falls are to the person and their family. Older people who have fallen can lose their confidence; it can be a major traumatic event.’

Dr McArthur, kitted out in her physio uniform, visits wards elsewhere in the hospital and offers both organised and impromptu training sessions.
Sometimes she recommends materials such as Getting to know me, which encourages staff to gain a deeper understanding of patients with dementia as individuals.
Working with a group of ambulance workers in Wick earlier this year, Mrs Siddiqui asked them to imagine how they would feel if they were a frail older person who was picked up by an ambulance and taken miles away from home to A&E after, say, falling in the street.
Bewildered, frightened and overwhelmed are typical responses. That is the first step in outlining an alternative approach: one that means the older person remains in their home or care setting if no serious injury has been sustained.

Dr McArthur, whose PhD at the University of the West of Scotland involved looking at the benefits of adopting the coproduction model in health and social care, helped to draw up a board-wide ‘standard operating procedure’ for dealing with people who have just fallen but not been injured in the community.
This states that NHS 24, Scotland’s national telehealth and telecare organisation, will be made aware and is able to access whoever has responded to the initial call for help.
A detailed ‘community multifactorial falls risk screening’ form covers topics such as the person’s falls history and whether he or she has a fear of falling.
It suggests, for example, that the person should be referred to their GP if there has been a number of unexplained or unexamined falls. If the fall was due to muscular weakness, then the person could be referred for physiotherapy, it says.
Dr McArthur points out that one person in four can be aged over 65 in many of the islands off the Scottish mainland.
‘They attract retired people and the setting can look idyllic but there may not be many younger people to help care for them. This is why coproduction and working with partners in the independent sector is so important, and the communities can be very resilient.’

Mrs Siddiqui is in the second-year of her current post, which she holds on a three-days-a-week basis. Serving a dispersed population, she can easily drive up to 300 miles a day on a round-trip.
Having moved to Inverness from Glasgow, where she studied physiotherapy and then worked, Mrs Siddiqui has made a cultural as well as a geographical shift.
‘Taking up a post in the Highlands, you know there will be challenges when travelling. For example, the A9 notoriously becomes a single carriageway further north and a two-hour journey can become a four-hour one.’
Mrs Siddiqui continues: ‘It’s not the best use of my time to spend hours on the road, so we do use technology such as video-conferencing where possible. But when starting up a new project, such as creating the ambulance pathway for falls, we found that seeing people face-to-face works best.
'This is especially the case when a lot of agencies are involved, such as the ambulance service and the Red Cross.’

Dr Christine McArthur is quoted in NHS Scotland chief executive’s annual report for 2013-14 (Chapter 2: Delivering outcomes for people – our story of achievement – managing falls for older people).
‘During a 14-month test period on the Isle of Bute we’ve reduced fall- related hospital conveyance for older people by 40 per cent. If we can scale that up to Scotland as a whole, the benefits will be phenomenal. Follow-up in the community is the critical part, with specific strength and balance exercises significantly reducing the risk of more falls in the future.
‘Home exercise programmes or community classes may be an option. It’s all about joining together the resources that are already present in the local community, and getting the support right for the individual.’