Aussie rules: Jonathon Kruger takes the helm at the WCPT

Physio Jonathon Kruger swapped Melbourne for London last summer when he took the helm at the World Confederation for Physical Therapy. He tells Lynn Eaton about the challenges ahead. 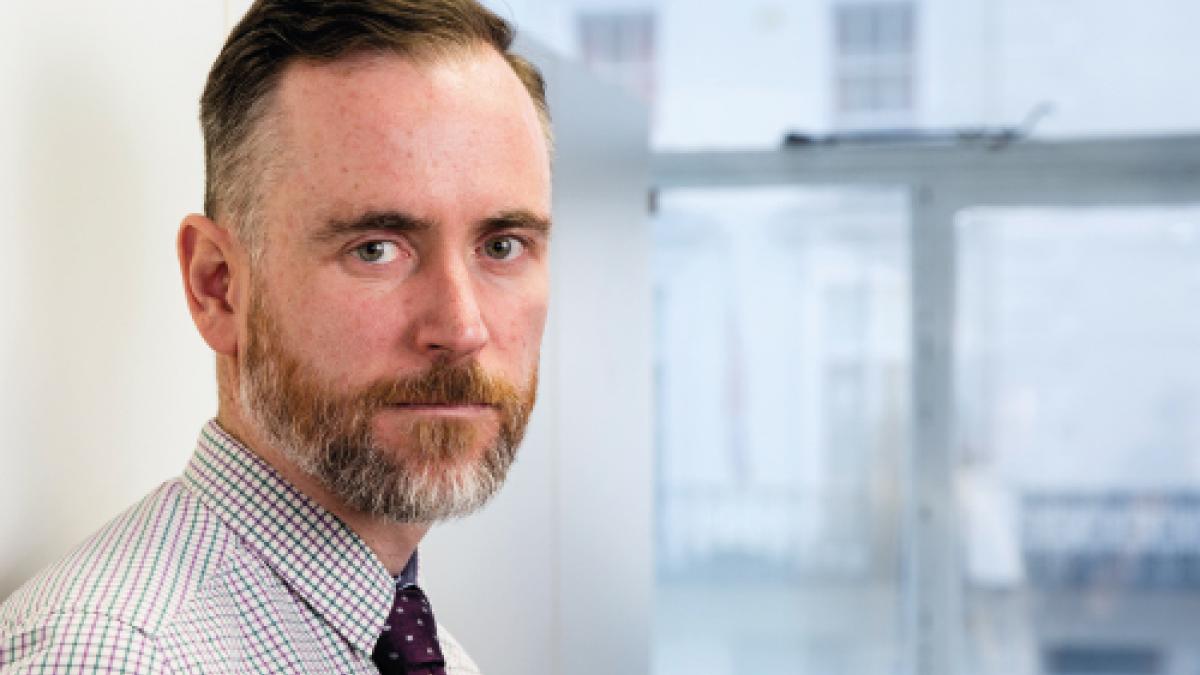 Moving from Australia to the UK for a job – a 10,500 mile journey – is not so unusual, particularly in such a mobile profession as physiotherapy. But doing so to head up a global organisation, the World Confederation for Physical Therapy (WCPT), is beyond most physios’ experience.

Given all the talk by Karen Middleton, Jonathon Kruger’s counterpart at the CSP, about the need to develop leadership skills and consider moving on from clinical posts, what can other physios learn from his career trajectory?

We meet on a frosty January morning, Jonathon’s first real taste of a London cold snap. He’s just back from a lecturing engagement in Singapore and wondering how he’ll manage to avoid slipping on the ice around Victoria station, close to the WCPT’s modest rented headquarters in a modern office block.

Slipping up on the world physical therapy stage is always a potential hazard. So how has Jonathon’s early career as a physio prepared him for the rigours ahead? As it turns out, he’s on a different career path from the one he first imagined, and faces a stiff challenge in carving out a vision for physiotherapy that will resonate internationally with member organisations.

‘I always wanted to work in health care but there was a chance I could have been a pharmacist or a doctor if I’d got the grades. That one-to-one hands-on thing was the great appeal in being a physiotherapist.

Jonathon’s fledgling career began at the Royal Melbourne Hospital from 1996-2001. ‘But after a couple of years it became apparent to me that the one-on-one helping people wasn’t going to be enough to get me through my career.

He then studied for a master’s in public health. ‘It was the first time I started to realise how the health system fits together. That was an incredibly eye-opening opportunity. I loved it.’

Then a job came up in Canberra for a policy adviser with the Australian Medical Association. ‘I had just turned 30 and it was one of those moves you only do when you’re young, naive and don’t realise how much you don’t know.  I applied and got the job.’

It marked his shift from clinical to policy work. But Jonathon still describes himself as a physio, albeit a non-practising one, and retains his physio registration. And it’s physiotherapy that still makes him tick.

The career moves were canny: getting experience in governance and business skills to complement his clinical ones. ‘As a profession we have to let go of this idea that you are only a proper physio if you are doing clinical work. It would be better if there were more people in policy positions, so more people in higher positions would understand what we do.’

His advice to younger physios at the start of their career? ‘Think about your strengths and what you’re passionate about – if it’s not clinical work, that’s okay. Physiotherapy is a great baseline degree. It gives you problem-solving skills, potentially leadership skills. You’ll learn how to put a business case in a service for a hospital, you’ll have done grant applications and spoken at conferences.

‘Think bold and think big about where your career might take you.’

Jonathon was one of several applicants from around the world to apply for the WCPT post. As a non-EU national the authorities had to clear him to work here – a process that took four months. He’s found a home in newly-fashionable Shoreditch, in London’s East End.

‘I don’t have any children but I do have a partner, and he and I do have a dog.’ (An English Staff who arrived by plane just last week.) ‘I’m really fortunate to have a supportive partner. It would be hard if you didn’t, or if – as happens in your mid-40s – your careers were pulling you both in different directions.’

Having a physio running the WCPT is symbolic, he believes, in that it’s not a ‘business person’. ‘And as a physio, you quickly get to what the heart of the issue is. I understand what people are talking about because I have the clinical background. ‘

With more than 100 national bodies as members, he has a huge job. There’s a business and a strategic plan in place, signed off by the board before he joined. He’s reviewed the staffing positions to ensure the right skills are in place. Two professional adviser roles are currently being advertised.

His predecessor, Brenda Myers, did an ‘awesome’ job, he says. ‘But you tend to come in with a fresh pair of eyes. I’m looking at how we can do things in the most efficient way.’

But the bigger picture is to understand what it means to be a global, 21st century organisation. ‘It’s a big question to answer. Partly this is about going out to the membership and teasing out those questions. What should we continue doing and what are we doing at the moment that are priorities for the members?’

A major opportunity to test the waters will come at the WCPT’s biennial conference, to be held in Cape Town in July (the first time it’s been hosted by an African country).  But the WCPT will also be talking to the leaders of membership organisations, such as the CSP, in the months ahead. ‘It’s always great to meet physios.  But WCPT has to be prudent with members’ funds, so I’m not going on a grand tour around the world to meet people.’

A sense of community

In these uncertain times of Brexit, Trump and international terrorism, where does WCPT fit in? ‘We should be thinking about things that unite rather than divide us. People do want to come together and see the value of WCPT. In the last two years, I’ve had communication from Azerbaijan and Papua New Guinea. There must be something there, about wanting to belong.’

When it comes to meeting individual member organisations’ needs, it’s about communicating effectively and listening. With the CSP, it’s about what WCPT can do globally to support CSP objectives – such as around direct access to physio without first going to their GP.

On an international level, the big issues are equal access to appropriate levels of primary health care and rehabilitation. ‘We need to make rehabilitation a greater priority. Physios have such a critical role.’

He’s also proud that the WCPT already has a grant from the US Agency for International Development to work with Handicap International to develop physiotherapy organisations in Senegal, Mali and Niger, using mentors to promote education and training. ‘We’ve got to have strong physiotherapy organisations. The strength comes from numbers of physios joining their membership organisation but, through that, to build the capacity for policy development.’

In terms of world influence, the World Health Organization has just asked Jonathon to speak at a conference in Geneva on rehabilitation. ‘I’m confident we’re connected with the right people and they know what we’re talking about.’

For any CSP member wondering what they personally can get from the organisation, he offers a simple message: ‘Come to congress and be blown away by the sense of community.  You really get the feeling you are part of something bigger.’

Jonathon’s first job as a physio was at the Royal Melbourne Hospital.

He held senior roles with the Australian Medical Association, Victorian Government, and the Australian Physiotherapy Association. He was also director of governance for Northern Health in Melbourne, a A$350 million (£216 million) organisation.

Before moving to the WCPT, he was general manager (policy) at the Australian and New Zealand College of Anaesthetists. He holds a master’s in public health, a graduate diploma in health and medical law, and a certificate in governance.

This article was amended on 17.2.17 to correct an error in the currency conversion from A$ to £.