The UK will formally leave the European Union at 11pm on 31 January 2020.  Transitional arrangements will be in place.  These are summarized along with the earlier positions and proposals, some of which are still relevant.

Subject to the UK government and European Union reaching a post transition agreement, this is the CSP’s understanding of how this will change after 1 January 2021.

Existing legalisation remains in force at present, although the government suggests that there may be divergence over time in some areas such as TUPE. However, this is unlikely to be a swift change.

There will be some barriers to working in UK, but this will not be a significant threat to UK workforce supply:

However, British physios will lose the future automatic right to work in EEA.

No significant changes are expected:

The UK Government has guaranteed to match Horizon programme funding post Brexit, but details have not been made clear.

Some negative impact is expected including:

There will be new regulatory framework in place as from 1 January 2021, the Medicines and Healthcare products Regulatory Agency (MHRA) will be the UK’s standalone medicines and medical devices regulator. New regulations will be enacted and customs and border delays could cause short term disruption.

Employment laws are unaffected at this point. However, the UK government has dropped guarantees that it will not change these in the future. The CSP is working through the TUC to lobby for the retention of your rights at work.

EEA nationals resident in the UK are able to live and work in the UK in the future, but you need to register with the Home Office. The deadline for applying is 30 June 2021.https://www.gov.uk/settled-status-eu-citizens-families

After transition physios, students and support workers moving to the UK form Europe will be subject to UK visa rules. The government is currently reviewing the immigration rules. The CSP is lobbying the Home Office and working through the Cavendish Coalition to promote a fair visa regime.

British physios working in the EEA

EHIC cards will continue to enable you to access healthcare in Europe until the end of 2020. Arrangements after the transition period are yet to be agreed.

The UK government has declined to allow amendments to the withdrawal bill to ensure continued UK participation in the ERASMUS student mobility scheme.

The UK is yet to establish the necessary systems and bodies to regulate medicines and medical devices.

Arrangement with the Republic of Ireland

The UK and Ireland have several arrangements which are not reliant on UK membership of the EU. Under the Common Travel Agreement British and Irish citizens are free to move between the UK, Republic of  Ireland, Isle of Man, Guernsey and Jersey.

Under the Good Friday Agreement there are all Ireland health arrangements which are not directly affected by Brexit.

The government’s official position is that employment rights would be largely unchanged as they are part of UK law. However, there are concerns that TUPE and atypical workers’ rights could be amended to the detriment of CSP members. The CSP is working through the TUC on this issue.

The UK government has been seeking to reassure European health care staff that they will be able to stay and are positively welcomed. However, arrangements have not yet agreed with the EU and administrative and cost hurdles seem likely to remain in place. The CSP is working through the Cavendish Coalition on this issue.

The UK Government has guaranteed to match Horizon programme funding post Brexit. We are working through the AMRC on this issue.

The UK government position is that if there is no deal EU standards will continue to be used and recognised in the UK, but with different admin arrangements. 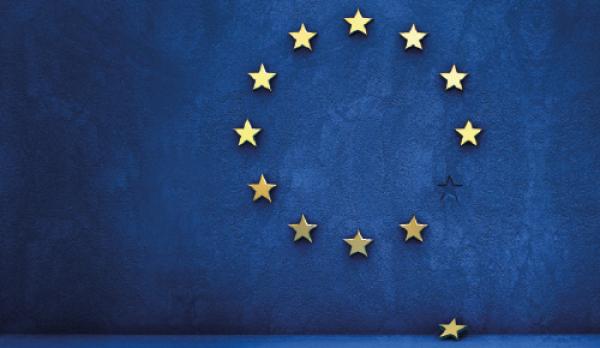 The UK government has given partial clarification on post Brexit arrangements for physiotherapists and support workers who are European Union (EU) nationals. EU nationals resident in the UK before the end of 2020 will be able to apply online for settled status. They will need to prove their identity, their residence in the UK and be subject to criminal conviction checks.

The government are keen to reassure NHS staff in particular. The health minister, James O’Shaughnessy said: “Everybody working in physiotherapy from the EU has a significant and important role in the NHS. The new online process will give reassurance to all EU citizens living in the UK who work in the NHS and social care that they can simply secure their status. It should be a reminder of how much we value their vital work.”

Whilst the statement is welcome, the CSP is concerned that the full details of the scheme are not yet available. There are no details of arrangements for European physiotherapists or support workers who come to the UK after 2020. Nor has there been any reassurance for colleagues from Norway, Switzerland, Iceland or Liechtenstein.

Find out more about the scheme

There has been no announcement on reciprocal arrangements for British national physios working in Europe.

The UK government has apparently offered European nationals who have lived in the UK for more than five years permanent residency post-Brexit.

It has also indicated that those EEA citizens who have spent less than five years in the UK will be able to earn the right to residency after the UK leaves the European Union.

The offer is conditional on the EU guaranteeing similar rights for British citizens living in Europe.

The CSP believes that all European physiotherapists, student and support staff in the UK should be able to live and work in the UK after Brexit. We estimate that there is a shortage of around 4000 physios across the country. The loss of European colleagues would hit patient care. The CSP also has British members working in Europe who are concerned about their futures.

'This is a move in the right direction, but the government should go further. All EEA citizens legally in the UK at the point of Brexit should continue to have the same rights to live, work and learn in the UK as they have now. The five year requirement is a barrier we don't need.

'We also need to see a clear signal from the EU that the rights of British citizens in Europe will continue after we leave the European Union.'

The CSP is lobbying the UK Government on the rights of overseas physiotherapists. As part of both the TUC and Cavendish Coalition it is working with organisations representing other professions and healthcare employers to ensure European physiotherapy professionals can continue to play a critical role in UK Healthcare.

Several of Theresa May's 12 goals reflect areas where the CSP has concerns for patients and members:

The prime minister aims to maintain the rights of EU nationals in the UK and British nationals in the EU, on a reciprocal basis. Guaranteeing these rights is important for EU physiotherapists and support workers across the UK and for British physiotherapists working in Europe. It is unclear, however, if this commitment includes continued access to health care on a reciprocal basis for all residents.

A pledge to collaborate with Europe on major science, research and technology initiatives is welcome. It is less clear whether this will mean UK-based physiotherapy researchers will be able to access pan-European funding.

Whilst the focus on these areas is welcome, all are subject to negotiation with the EU and/or further UK legislation. It is therefore too early to say whether the outcomes will be what physiotherapists and their patients need.

There were some clear gaps in the goals which are of concern:

It is unclear whether student mobility is on the government’s agenda. Those already studying abroad may be covered by the proposed reciprocal rights for residents,. However, uncertainty remains over the future of student exchanges and the ability of EU students to study physiotherapy in the UK.