A recent WHO report estimated that more than a quarter of people worldwide - 1.4 billion - are not doing enough physical exercise. 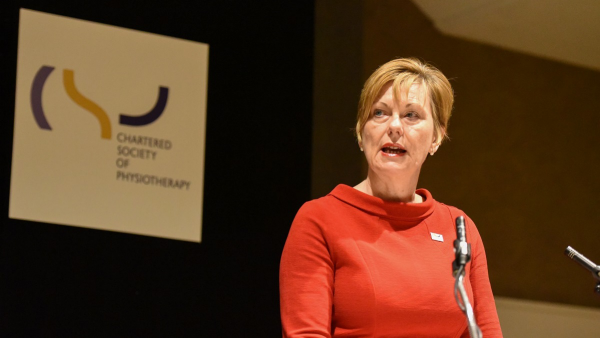 We know that inactivity raises the risk of a raft of health problems, such as heart disease, type-2 diabetes and some cancers. So why is it that the amount of people not doing enough has barely risen since 2001?

Our own polling echoes the WHO’s findings, revealing 30 per cent of people with long term conditions are completely inactive each week.

Whether it’s memories of not getting picked to be on the school football team, concern about discomfort, worrying what you’re going to look like or simply not knowing where to start, exercise can be a daunting prospect for some of us.

However if you are living with a long-term condition and the symptoms that come with it, such as fatigue and reduced mobility, it can feel like an impossibility.

We conducted a number of focus groups with physiotherapists and their patients to understand what the barriers were in order to develop a successful campaign which resonated with these people.

We found that there were a number of strong negative emotions evoked by the word ‘exercise’ but found that people spoke positively about their love for certain activities, such as dancing or walking.

As a result our ‘Love Activity, Hate Exercise?’ campaign is designed to get across to people that they can improve their health and wellbeing by being active in different ways, as long as they are pushing themselves and strengthening their muscles.

It’s never easy to take that initial step but by finding an activity you enjoy and that you’re able to do regularly, you are already halfway there.

Across the UK, physiotherapists have great potential to help people with long-term conditions to become more active by understanding a person’s physical limitations, identifying the psychological barriers at play and giving them the expert advice and confidence to try new activities, whatever their physical condition might be.

For example working with people to put activity goals in place for the future would help to alleviate the anxiety over half (53 per cent) said they felt about their health deteriorating and missing out on doing the things they love (52 per cent).

It is clear that we need fresh approaches as it’s simply not enough to tell people to exercise more when it is clearly something we already know.

We were therefore pleased to see the ‘Moving Medicine’ project launch this month from Sport England and Public Health England.

It is designed to overturn the convention that rest is the best answer to illness and pain and will encourage patients with long-term conditions to work out and give health professionals’ scripts to help them persuade patients to change their behaviour.

Take cancer: it’s common for patients and their family members to assume that patients should rest as much as possible or that physical activity could be harmful to treatment.

Certainly, rest is very important, but exercise is one of the most effective ways to combat fatigue which is often the worst side effect of the disease or its treatment.

By addressing the deeply ingrained behaviours of people who are inactive and taking into account the personal barriers stopping people from doing exercise, we can ease mounting pressures on the NHS. We need to work together in order to reach people most in need of help.

This is an urgent requirement when research estimates over 2 million Britons will be living with four or more chronic illnesses within 20 years due to time spent living a sedentary lifestyle.