FAQ: the centenary of our Royal Charter

Learn more about the centenary, why CSP is celebrating it and the continuing significance of our Royal Charter.

Why is CSP celebrating this year?

Because 2020 marks the 100th anniversary of the CSP as a chartered profession.

On 11 June 1920, King George V granted a Royal Charter to the CSP (which was then called The Incorporated Society of Trained Masseuses).

What exactly is a Royal Charter?

Why did CSP receive a Royal Charter?

The charter was granted in recognition of the profession’s high education and professional standards.

Yes. The Royal Charter is an official document in which the monarch granted the CSP Council certain powers, such as the right to award chartered status, and defined the organisation’s core aims and ways of working.

Does it influence how CSP is run today?

Does having a Royal Charter give CSP any legal influence or power?

Does it require CSP to do anything else?

Yes. The Royal Charter set out a number of objectives that the organisation was required to meet. These included that CSP should be a self-regulating organisation that:

Did the Royal Charter influence physiotherapy’s scope of practice?

Yes. The Royal Charter officially granted the physiotherapy profession its four broad pillars of practice, which were defined  at that time as being:

How is CSP marking the centenary?

We have adopted centenary branding on all our publications, making use of a new logo that will appear alongside the normal CSP logo during 2020 (see image below).

In addition to this, centenary related articles will be appearing in Frontline throughout the year, and we will also be marking the centenary at our annual conferences and at regional events.

So the centenary isn’t a celebration of 100 years of CSP?

No. It isn’t our 100th anniversary this year. 2020 marks a century since the CSP was granted a Royal Charter.

In 1994, we celebrated the centenary of the founding of CSP, but this year we are very proud to have had our charter for 100 years and are marking it appropriately.

Why is individual chartered status important? 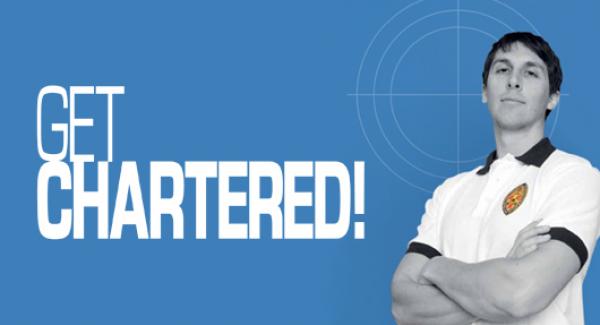 How do physiotherapists gain chartered status?

Does the charter set out the criteria for chartered status?

No. The charter gives Council the power to award chartered status. Council therefore decides the criteria and process for awarding this status.

Why is the CSP a chartered body and not a royal one?

Our founders sought chartered status as a way of demonstrating the professionalism of physiotherapists.

Although we have a royal patron, currently HM the Queen, and the charter was awarded by the Crown, they did not seek a royal designation.

What are the differences between a chartered body and a royal college?

There are very few differences, except that a chartered body can award chartered status.

Below is a photograph of the first page but you can also view the full document online.

Celebrating a 100 years of royal recognition